Here's another part of the comments we've prepared for ECHA's Call for Comments and Evidence records for the forthcoming ban on lead ammunition. This time the topic is Environmental issues with lead and nonlead ammunition. We thank NAOOSP for cooperation. 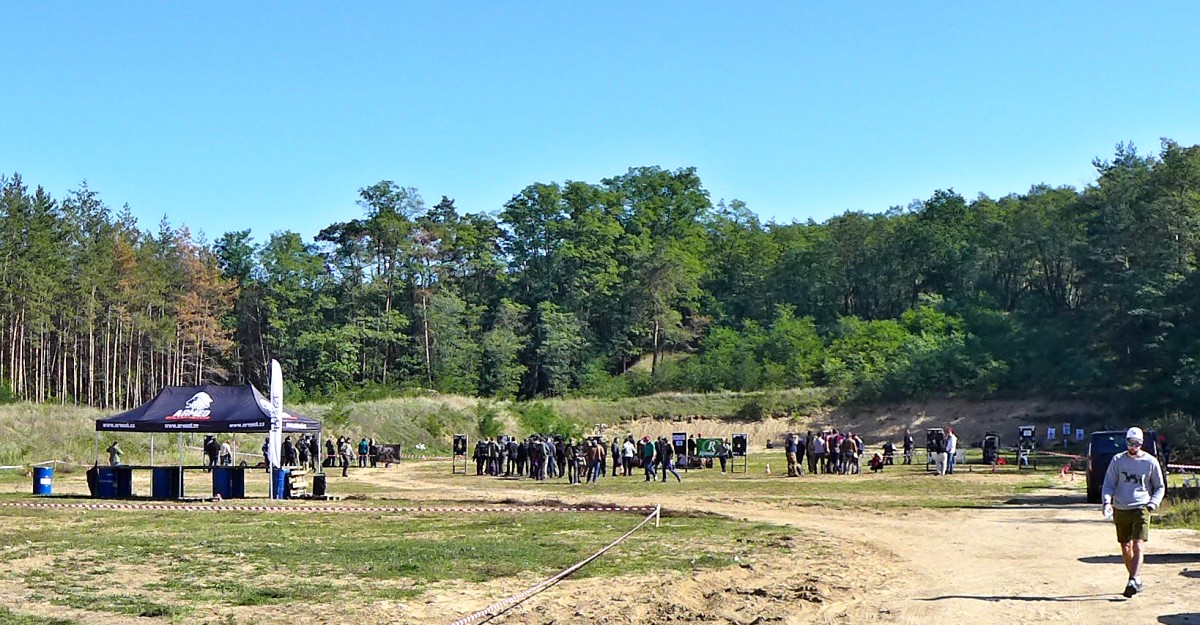 This article is part of the comments we are on behalf of LEX z.s. filed with ECHA. LEX z.s. and our partners inquired into chosen areas (i.e. influence of lead on human health and performance and safety of nonlead alternative ammunition). Other areas were addressed by our foreign partners.

This time we would like to thank Mr. Tomáš Vaněk - the chairman of the NAOOSP - who helped us very much to prepare relevant source studies related to the effects of lead and its alternatives on the environment and human health.

Indoor shooting ranges are not concern from environmental viewpoint, as all lead used in there is contained within the range and recycled.

Rifle and pistol shooting ranges are usually part of natural or artificially created landscape, where soil backstop is used as bullet catcher.

A study performed on Czech shooting range [Ash et al. 2013] shows that PH of soil is important aspect here. This study found that in 40 years of use, lead from bullets caught by backstop penetrated no more than 30 cm deep into range soil. Therefore, even shooting ranges built on acidic soil can prevent any escape of lead to environment by relatively thin alkaline protective layer. After end of use of the range, protective layer can be mined and recycled, which can even be economically profitable, considering price of lead and its concentration in protective layer after years of use.

Shotgun shooting ranges are usually open spaces where lead shot falls on the land. We believe that lead is as immobile on shotgun range as it is on pistol and rifle range. There are two main differences between shotgun and pistol / rifle range.

First, while bullets from pistols and rifles penetrate into ground, shot lays on the surface, therefore penetration of lead into ground should be even lesser.

We note that this study also confirmed findings of similar previous study [Bjorn et al. 1982] which found that risk of these problems significantly depends on manner of agricultural use. Both studies found that only silage production caused cattle poisoning, while feeding cattle with hay produced on the same soil caused no problems. Studies speculate that suction of the machine producing silage could pick up shot from the ground, which doesn't happen during harvesting of hay.

There is also study [Johnsen & Aaneby 2007] which examined risk for cattle grazing on shooting range. The study concluded that shooting range can be safely used as pasture ground.

We therefore assume that this risk can be prevented through management of agricultural use of the shooting range. That shouldn't be problem, as these ranges occupy only few acres.

As most common replacement for lead shot is steel shot, and for sport shooting is the only economical possibility, we also must note one serious problem. Study [Hurley 2004] found that while lead alone is practically stable in the soil, it can be mobilised by high presence of iron oxide. Banning shotgun range from using lead shot would force shooters to use steel shot. The rust from steel shot could mobilise lead from lead shot used in previous years, therefore creating environmental problem where currently is none.

4. Lead shot and its alternatives in hunting

We are concerned with safety of alternatives to lead shot, both from ballistic and toxicity viewpoint.

As for ballistic, we point to our ballistic testing of alternative pistol ammunition for richochets. As usual speed of shot is similar to usual speed of pistol bullet, it is reasonable to expect similar behavior upon impact on hard surface. In our experiments, solid lead bullets practically disintegrated, while copper alloy bullets deflected almost in whole.

Also, alternative metal shot is often called “non-toxic”. We would be careful with that label. Toxicity of copper and zinc in the environment is already proven [Fäth et al. 2018]. Tungsten is suspected for carcinogenic effects [Zoroddu et al. 2018]. Bismuth can be toxic as well [Skaug et al. 2018]. The only safe alternative (from toxicology viewpoint) is steel, which could solve the problem, if not one thing. As COWI 2004 study mentions, many forest owners prohibit use of steel shot, as it damages wood by rust and wood processing tools through their hardness. Hunters are therefore forced to use alternatives that are possibly toxic. We recommend further research into this issue.

European Commission Enterprise Directorate-General: Advantages and drawbacks of restricting the marketing and use of lead in ammunition, fishing sinkers and candle wicks: Final Report. 2004 (CO